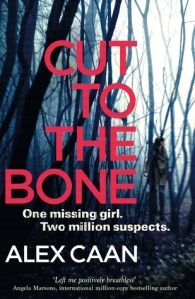 This intriguing and complex story of missing Ruby Day shines a light into the murky corners of the online world we innocently immerse  ourselves in. It appears the intricate bread crumb trail of deleted virtual histories can’t be erased as easily as people can.

The unexpected disappearance of a young woman would naturally cause alarm, but what if that person was a little bit famous with a fan base monitoring the progress of any potential investigation? How long do you wait to confirm if it’s simply a case of someone having an unscheduled time out, or if they have attracted the attention of some oddball lurking in the shadows of Cyberville?

Now that’s a difficult call. Balancing the parents’ seemingly early overreaction to plead with the police to find their vlogger daughter against the fact that she was old enough to come and go without their permission, presents many issues for the detectives involved. But it seems being popular online is a hazardous occupation, as concerns escalate when a haunting video feed is uploaded to the online star’s channel showing Ruby Day as her subscribers have never seen her before.

While I was wondering whether her predicament was manufactured to increase viewing numbers or something else entirely, DCI Kate Riley and her assorted team delve into Ruby’s off and online lifestyle to reveal the hidden depths  of her ‘celebrity’ status. After she put herself forward on social media sites to offer diarised life updates and tutorials her popularity proves to be perfect for a huge sponsorship deal. Ruby Day was in demand than anyone (or she) could ever have guessed, giving new meaning to becoming a victim of your own success.

But I feel simply dreadful for the lack of compassion I felt for Ruby Day as the story progressed though, not that it’s the poor fictional girl’s fault! There were so many other stronger characters craving attention throughout, most of them having a major back story just itching to be told and their personal trials overtook Ruby’s at times.

So yes, while I would have liked to have connected more with Ruby Day I loved the creeping trepidation experienced by DCI Riley’s mother which was made worse by her condition, and also the rather unorthodox procedures of detective / loose cannon Zain Harris. He’s a bit ‘spirited’ for someone in such a responsible role, but you’ll discover for yourself that he does have his reasons for people not touching the back of his neck! Like I say everyone has a back story, even if his reactions may be cause for suspension on several occasions!

With its vlogging community undercurrent, Cut to the Bone will greatly appeal to a contemporary audience. There are heaps of devious Red Herrings and characters to get the wrong end of the stick about. For me, the underlying psychology as to how some people react to being in the public eye by either respecting the audience they attract or taking full advantage of them was both enlightening and disturbing.

(I received a copy of this title from the Publisher with my thanks, and this is my unbiased review.)

For fans of THE FALL and Sarah Hilary, this slick, dark contemporary thriller will have you on the edge of your seat...

Ruby is a vlogger, a rising star of YouTube and a heroine to millions of teenage girls. And she’s missing. She’s an adult – nothing to worry about, surely? Until the video’s uploaded. Ruby, in the dirt and pleading for her life.

Who better to head up the investigation than the Met’s rising star, Detective Inspector Kate Riley? She’s leading a shiny new team, high-powered, mostly female and with the best resources money can buy. It’s time for them to prove what they can do. Alongside her, Detective Sergeant Zain Harris – poster boy for multiracial policing and the team’s newest member – has his own unique contribution to make. But can Kate wholly trust him and when he’s around, can she trust herself?

Ruby’s millions of fans are hysterical about what may have happened to her. The press is having a field day and as the investigation hurtles out of control in the glare of publicity, it becomes clear that the world of YouTube vloggers and social media is much, much darker than anyone could have imagined in their worst nightmares.

Alex Caan has spent over a decade working in Information Systems Security for a number of government organisations, and is currently specialising in Terrorism Studies. A lifetime passion for writing was sparked by the encouraging words of an English Teacher in school, and eventually led to Alex successfully completing an MA in Creative Writing, and write Cut to the Bone.

4 thoughts on “Book Review: Cut To The Bone, by Alex Caan”