He sighed as he bent his face to the cold stock of the crossbow. Through the weapon’s illuminated night sights he could make out every detail on the head of the Siamese cat twenty yards away…the animal watched him, the fur on its back slightly raised, whiskers trembling… 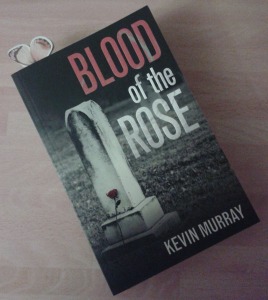 Despite their best efforts, the police are unable to solve the brutal murder of a newspaper editor that had been killed by an assassin with a crossbow. It appeared that prior to his death he’d received a series of menacing letters as a warning, yet hadn’t taken them seriously enough until it was too late.

But it wasn’t long before Scotland Yard was called to investigate more carnage, with seemingly no connection between the victims, other than a single red rose left at the scene. If the circumstance surrounding their deaths was not alarming by itself, the calling card is – the killer left the rose especially for them.

And while you wait for the twisted ‘assassin’ to strike next, deceit rumbles amongst the characters you think you can trust.

Set in the 80’s the story relies on good old fashioned detective work, which I enjoyed. In this psychological crime thriller you come to learn more about the killer’s motives and the significance of the rose by listening to his thoughts that are woven into the pages. I had a hunch as to ‘The Rose’s’ identity about halfway through. I was close, but no cigar!

There was only one very, very minute thing for me, which was how quickly the Detective in charge of the case fell head over heels for the editor’s daughter. But, perhaps that’s due to me having a heart of stone?!

Overall, very impressed with this unusual and intriguing read. Great ending, too, with a nice little twist to round things off.

Certainly worth a look.

(My thanks to Matthew of Urbane Publications for providing a copy of this book for review.)