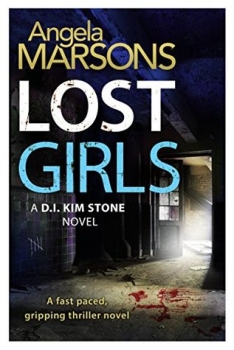 Lost Girls is the third book in a series of consistently traumatic crime thrillers from Angela Marsons, and boy does she know exactly how to create tension. It starts with a ripple, then rises like high tide until engulfs you entirely. When DI Kim Stone was born, crime fiction just got grittier.

With a kidnapping plot escalating, Stone is confronting an invisible adversary and family secrets, that not even an experienced liaison officer can iron out.

One of the worst possible scenarios has occurred – two children are missing. Hideous enough by itself you’d think, that is until a solitary text is received indicating the severity of the situation. While everyone is scratching around for clues, Stone is making promises she may not be able to keep and her already low patience threshold is declining rapidly.

The anonymous texter sends shivers through the team with their carefully selected words. The only way to retrieve the girls is to barter for their lives – highest bidder, winner takes all. Well, their child anyway. The other will not return, leaving one family empty handed after suffering the same ordeal. The question on everyone’s lips is exactly how do you place monetary value on the life of your child? And why should someone else’s be worth any less?

Emotions run feverishly high. Guilt faces the parents at every turn – by not offering enough they risk losing the game, or too much and sealing the fate of another family’s flesh and blood. As a reader you feel every moment of anguish they suffer, while the texter stops at nothing to achieve their goal.

Given Kim Stone’s harsh approach in social situations, you’d think she wouldn’t be assigned to deal with the public in any capacity. But as she was invited to lead the investigation in this instance she’s been warned to keep her manners in check by her Super. Alas, her last ounce of patience is relentlessly poked with a stick when the intervention of so-called expert negotiators is called for and she is forced to bite her tongue. It’s not long before she forges ahead with her own unique approach to bring those responsible down – it’s not always pretty, but it’s very, very effective.

Drawing from her own tragic background, she has developed an aptitude for honing in on the Black Country’s most wanted. Like a dog with a bone, she won’t let go. Especially when there’s kids involved, or one of her team, then you definitely do not want her on your tail, as she’s willing to make the necessary sacrifices to protect them all.

Lost Girls offers yet another viciously cruel game and a supremely unnerving plot. You hear from the good guys, the bad guys and the victims themselves, until the layers of the crime scene paint a picture so vivid you will feel like you’re sitting right in the middle of it – which is perfect, as you won’t want to miss a thing.

ABSOLUTELY, WITHOUT A DOUBT,

(A thousand thanks and more to Team Bookouture and Kim Nash for providing a digital copy of this book for review, and extra-special thanks to the talented Angela Marsons for writing it. Now, the last time I got my hands on a book in this series I offered my left kidney, but if I continue like this I will expire before I’ve read them all. Erm, would you consider an I.O.U. ? Please?)

The couple that offers the highest amount will see their daughter again. The losing couple will not. Make no mistake. One child will die.

When nine-year-old best friends Charlie and Amy disappear, two families are plunged into a living nightmare. A text message confirms the unthinkable; that the girls are the victims of a terrifying kidnapping.

And when a second text message pits the two families against each other for the life of their children, the clock starts ticking for D.I. Kim Stone and the squad.

Seemingly outwitted at every turn, as they uncover a trail of bodies, Stone realises that these ruthless killers might be the most deadly she has ever faced. And that their chances of bringing the girls home alive, are getting smaller by the hour…

Untangling a dark web of secrets from the families’ past might hold the key to solving this case. But can Kim stay alive long enough to do so? Or will someone’s child pay the ultimate price?

The latest utterly addictive thriller from the No.1 bestseller Angela Marsons.

Angela Marsons is the author of Amazon #1 Bestseller SILENT SCREAM.

She lives in the Black Country with her partner, their bouncy Labrador and a swearing parrot.

She first discovered her love of writing at Junior School when actual lessons came second to watching other people and quietly making up her own stories about them. Her report card invariably read “Angela would do well if she minded her own business as well as she minds other people’s”.

After years of writing relationship based stories (My Name Is and The Middle Child) Angela turned to Crime, fictionally speaking of course, and developed a character that refused to go away.

She is signed to Bookouture.com in an 8 book deal. The second book in the Kim Stone series, EVIL GAMES, was released on 29th May 2015. 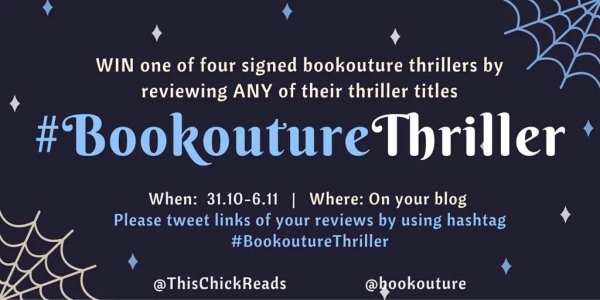