Memories certainly leave their impression in Lily’s House, a bewitching novel holding the key to the past, the present, and the future.

Lily possessed a peculiar charisma which she used to influence the lives of those she loved. Her abilities allowed her to apply a specific kind of persuasion could only be perceived as manipulating a situation to its best advantage – or giving people a nudge in the right direction with extreme consequences.

Remarkably her estranged granddaughter, Jen, believed she had a gift and perhaps even dabbled in a spot of witchcraft on occasion. Her grandma’s absolute respect for the natural world and its beguiling properties were part of her world when growing up, much like the unquestionable bond they once shared.

It would be foolhardy to make a big deal out of this natural talent for ‘knowing’ things, especially now Lily is deceased and the only thing that matters is that Jen is faced with the mammoth task of sifting through her grandmother’s estate. Her intention is to value the assets and go home to her other half without the hint of reminiscence. But her progress is hindered as Lily’s presence remains, from her jewellery to the book she was reading, the cat she’d never admit was her cat, and the enigmatic photo album that captured fleeting moments for an inventive cause – it’s true the camera never lies, but more importantly it can tell the most extraordinary story.

Those few days Jen intends to spend at a house she had some of her most life changing moments in are tainted by arranging a decent funeral so the neighbours won’t think she’s a despicable human being, having to deal with the cantankerous old fella downstairs who’s making every effort to demoralise her, and a husband she’s left at home to happily dip into an inheritance they haven’t received yet. Jen’s daughter is the only one that speaks sense most of the time. She’s a wonderfully brave character whose intuition brings perspective to situations that would otherwise haunt most adults, let alone one so young.

The subtle melancholic lure of Lily’s House offers a pilgrimage to break down the barriers of communication in all its guises, and the emotional and physical distress caused by toxic relationships. It becomes apparent that Lily’s true legacy is so much more than bricks and mortar. Though her disquieting interference she hopes to restore harmony, even after her death.

First impressions can be unexpectedly deceptive. That gorgeous cover cleverly conceals a darkness where on the surface everything appears innocent, but it’s not until you dare to delve deeper that the brutal truth is revealed. I find it astonishing how words can stealthily raise ugly issues to such powerful effect, yet remain so beautifully written.

(I received a paperback copy of this title from Legend Press  with my thanks and this is my unbiased review.) 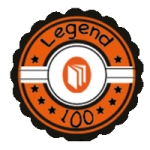 When Jen goes to her grandmother s house for the last time, she s determined not to dwell on the past. As a child, Jen adored Lily and suspected she might be a witch; but the spell was broken long ago, and now her death means there won’t be any reconciliation. Lily s gone, but the enchantments she wove and the secrets she kept still remain. In Lily s house, Jen and her daughter Marianne reluctantly confront the secrets of the past and present – and discover how dangerous we become when we re trying to protect the ones we love.

‘Lily’s House has a voice that leaps out of the page and holds you tight. Fresh. Original. Spell-binding.’–Jane Corry, author of My Husband’s Wife.

‘Lily’s House is a beautiful story that carefully unravels the depth of love and lies in a family. Cassandra’s writing pulled me in from the first page and wouldn’t let me go until I’d finished. Even then it stayed with me for a long time.’–Heidi Perks, author of Beneath the Surface.

‘Unexpectedly dark and dream-like. I loved the twists throughout – a very enjoyable read.’–Natalie K. Martin, No.1 Amazon best-selling author.

‘Lily’s House is a beautiful, rich, haunting and addictive read. Cassandra Parkin effortlessly weaves magic in this story of long-gone secrets, self-discovery, empowerment, and love. The book is assured, mature… a masterpiece. I’ll never forget it.’–Louise Beech, author of How to be Brave.

Cassandra Parkin grew up in Hull, and now lives in East Yorkshire. Her short story collection, New World Fairy Tales (Salt Publishing, 2011), won the 2011 Scott Prize for Short Stories. Her work has been published in numerous magazines and anthologies. Author of The Summer We All Ran Away (2013) and The Beach Hut (2015).