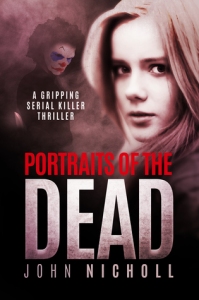 This is the third book I have read by John Nicholl. He’s an author who appears to have a impossible understanding of unthinkable situations, where the degree of vileness that can be inflicted upon another human being is presented in a wholly plausible way. Portraits of the Dead is no exception as it projects the sadistic realism of a sick-minded individual to provide a psychologically warped reading experience.

Looking at the expressions in the photographs adorning the sound-proofed walls Emma’s daily activities take place in, she can only guess what happened to the ‘guests’ that once stayed in the room she now occupies.

Throughout her imprisonment this student’s thoughts turn to escape, ending her suffering, or objecting to the situation she finds herself in, none of which are recommended by her anonymous captor who goes to great lengths to ‘educate’ Emma so she will ultimately respect the freakish contract between them.

She is expected to feel privileged to be at his mercy and grateful for the trouble he’s gone to when creating an environment where his demeaning fetishes can thrive – he may conceal his features but it’s clear to see he’s irritatingly patronising and has some whopping unresolved issues.

While she may lose her dignity and smash through the mental and physical pain threshold, she does what she can to hang on to the fact that there are people out there looking for her, aren’t there? With no concept of time or day, her world of obedience is captured on camera by the conceited psychopath who demands she embrace the submissive role he’s bought her in to play in his weird theatre of one – her. A desperate Emma looks to work things to her advantage, but it becomes clear that non-compliance will not be tolerated.

Emma’s gradual realisation of her plight is pitched to grim perfection, as is the intent of the man behind the crime who is truly hateful and will make your skin crawl. What I especially liked were the non-heroic, frustrated detectives who were fraying round the edges from the friction of everyday policing while trying to locate the student’s whereabouts. Also, the inner battles of the characters’ thoughts between dialogue exchanges as they evaluate their current circumstances before responding drew me further into the darkness, even though my natural instinct was to back away.

Portraits of the Dead is a fast paced, standalone thriller with a plot of mind-messing depravity. John Nicholl is undeniably an author who confidently stands on the edge and dares to jump into the unpleasant abyss of twisted crime. Expect multiple shockwaves to rush the natural stillness of the excellent Welsh setting and keep you on your (curling) toes.

(I received a digital copy of this title from the author in exchange for an unbiased review, with my sincere thanks.)

The greater the evil, the more deadly the game…

Detective Inspector Gravel finds himself floundering when Emma, a local nineteen-year-old university student, is abducted and imprisoned by a sadistic serial killer, who has already tortured and killed at least five young women.

How far would you go to save your life? 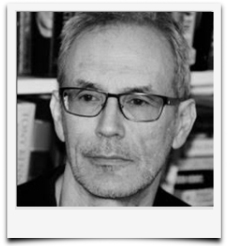 Portraits Of The Dead, a gripping serial killer thriller, is available for pre-order from the 14, August 2016, with a 1st of September release date.

Other books by John Nicholl

2 thoughts on “Book Review: Portraits Of The Dead, by John Nicholl”